Rotterdam enhances its capacity for petroleum products and biofuels with the development of a new tank terminal at Maasvlakte 1.

HES International is developing the terminal for the storage and transhipment of petroleum products and biofuels at the Hartelstrook, on the south side of the Mississippi harbour at Maasvlakte 1, the company announced. Oil major BP – owner of BP Refinery Rotterdam – has committed to the project, including plans for pipeline connections between the refinery and the terminal. On the 27-hectare site, 52 tanks with a capacity of 1.3 million m3 will be built. According to the statement, the Port of Rotterdam Authority will invest in a quay wall of 1,100 metres to accommodate three large or five smaller sea-going vessels. There will be nine berths in the Hudson harbour for barges.

Jan Vogel, CEO of HES International said that his company has ambitious growth plans: »Together with the expansions at our terminals, the new facility will strengthen our position as one of Europe’s most important companies in terms of the storage and transhipment of dry and liquid bulk products.«

Allard Castelein, CEO of the Port of Rotterdam Authority added, that the investment is in line with the trend for major international players to see Rotterdam as a strategic location and, therefore, invest and focus their activities here.

»Clean petroleum products« will be stored at the terminal, including diesel, gasoil, and gasoline. It will also be possible to blend products, add additives and homogenize cargoes at the terminal. The tanks vary in size from 5,000 to 50,000 m3 and are suitable for the storage of different products. In addition to transport by pipeline, loading and discharge will predominantly take place by vessels. A quay wall will be built to accommodate vessels ranging in size up to VLCCs with a draft of 21 m.

According to the statement, in recent years, the transhipment of oil products in Rotterdam has »greatly increased«. In 20 years, the volume has grown almost fivefold to roughly 90 million tons. Underlying factors are, among other, the increasing global trade in oil products and the mismatch between supply and demand on several continents. The new terminal will be constructed in 2018 and 2019 and is expected to be ready by the end of 2019. 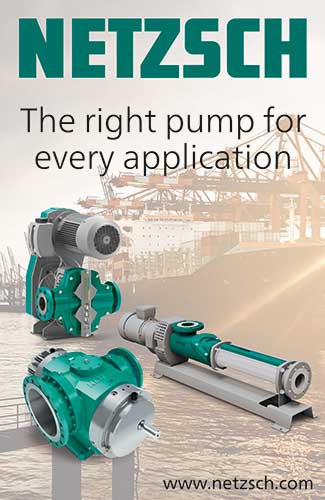