Dry bulk commodity imports into and exports out of China in the first half of 2016 were »very« positive, the Baltic and International Maritime Council says. Devastating freight rate levels over the same period highlight that something is wrong in the dry bulk market.

The market is nowhere near balanced, BIMCO says. The council’s data on seaborne iron ore imports into China, shows a growth of 9.6% for H1-2016 as compared to H1-2015. With seaborne coal volumes shipped into China during H1-2016 being on par with H2-2015, this represents a 5.0% growth on H1-2015. A continued surge in thermal coal imports seems limited, as hydropower electricity generation due to heavy rainfall is likely to squeeze coal consumption (used for power generation) yet again.

According to BIMCO the devastating freight rates have left asset values for dry bulk ships battered. A 2010-built capesize ship was valued by VesselsValue.com on 1 August 2014 at 49.75 mill. $. Two years later, that same ship had lost 57.3% of its value and is now worth only USD 21.25 million. The pain is felt across the fleet; worse for older ships and slightly less severe a drop in value for newer ships.

As 31 mill. DWT of new capacity has entered into the fleet since 1 January 2016, the order book is slowly emptying. Currently standing at 110 mill. DWT, the order book is now down at a level not seen since late 2006. »Forget about the order book-to-fleet ratio being at a 13-year low, that ratio is irrelevant. What matters is that the fleet will not stop growing unless an equal amount of capacity is demolished at the same time«, the council warns.
So far in 2016, 23 mill. DWT has been taken out of the fleet and sold for scrap. This means the fleet, year to date, has grown by 1.1% by early August. This level of scrapping is as expected. Nevertheless, BIMCO finds it still worrying that the level of demolition is not higher. »The dry bulk industry is faced with the lowest earnings ever, with overcapacity being the main problem and demolition the silver bullet.«

For the coming months: September-November, BIMCO expects transported volumes to stay put – as the high volumes transported in recent months may have run ahead of underlying demand. Freight rates are expected to move up, down and sideways before moving up again in the fourth quarter of the year. 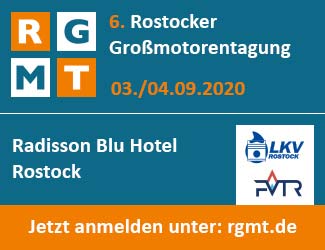